In the The Hidden Fortress programme, participants will be assigned to teams for a hunt around Sentosa Heritage sites. The teams will be presented with a challenge related to the history of the area. This programme provides an opportunity for locals and expats to reminiscence the “good old days” and understand the History of Singapore better. With a challenging array of photo hunt stations and activity stations, participants are guaranteed to have a great time! 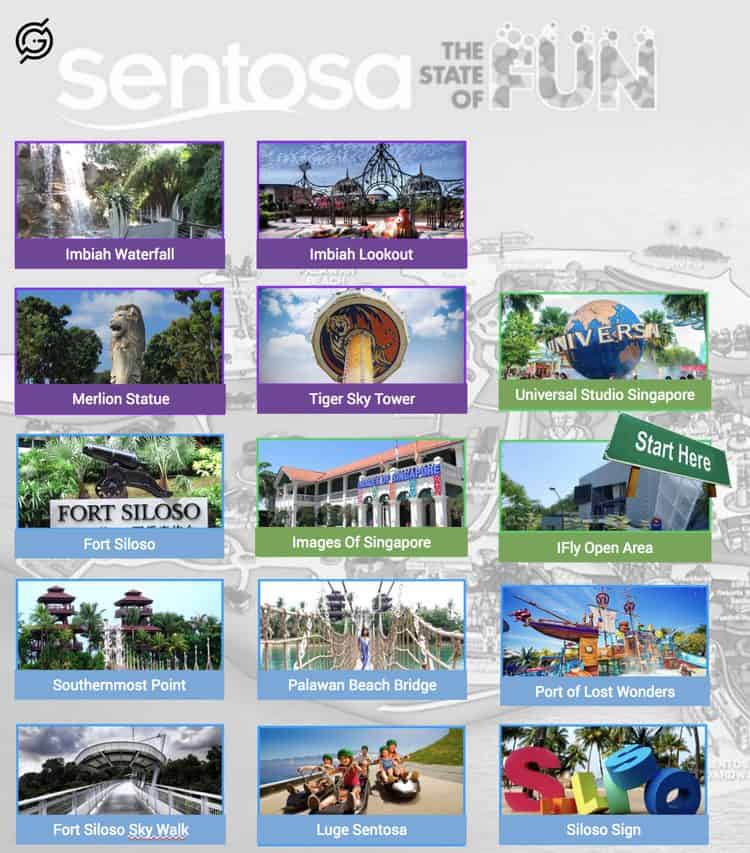 Sentosa - The Island of Surprises

Apart from the sun and sand, Sentosa also houses SIngapore’s only fully-restored military fort, Fort Siloso. In the late 19th century. During that time, Singapore had become an important trading port for the British, so it was imperative that the island was protected from sea invasion. However, during World War II, Japanese troops invaded Singapore by land from north Malaya. This led the British to turn Fort Siloso’s guns towards the mainland instead to help support the ground forces defending Singapore from the invasion.

Today, more than 30 carefully-conserve heritage trees and buildings can be found in at this sunny side of SIngapore.

Participants will begin their race at the starting point at the IFly Open Area.

Run an amazing race around Sentosa, find the stations, and conquer them!

Activity stations are landmarks along the Sentosa that requires participants to perform a team task. These tasks are designed to be in line with the selected waypoint. These activities require a mix of mental skills and sometimes, physical abilities. This ensures that everyone will be able to participate in the activities, regardless of age group or gender.

When you get to the correct landmarks on Sentosa, you’ll be expected to complete special station activities planned for that specific landmark. As a team, you might be asked to perform and record a video with a given storyboard, complete an artistic challenge that has something to do with a historical legend, or even find a mystery person in a funny hat! Expect the unexpected if you want to win!

We’ll hand your team a cluebook and tell you where you should go, but not directly! Solve clues we’ve planted in the cluebook in order to find your next destination, and bring your team there in one piece! Some clues are more tricky than others, and you might even need to get some help from tourists to translate clues that are in a foreign language. Do what you need to do to get to your desination fast!

To get to the landmarks, participants can either walk or take public transport. Either way, these locations are all strategically placed such that the path to get there is always sheltered from heavy rain and waypoints are placed either under shelter, or near one. Rain or shine, the race goes on!

The Hidden Fortress is now known as The Get Out! Challenge!
More new routes have been launched for Sentosa and for the rest of Singapore’s heritage sites!

Copyright 2018 Get Out Pte Ltd. All Rights Reserved.

You don’t have to be a rocket scientist to plan a virtual event. But if you could do it better, make it more interactive, and reach for the stars, would you?

If you have an idea for your upcoming event, or need some ideas for your next meeting, just fill in the form below and we’ll get back to you within a day!

Get Out!® is a registered trademark of Get Out Pte Ltd.

Powered by Get Out!®